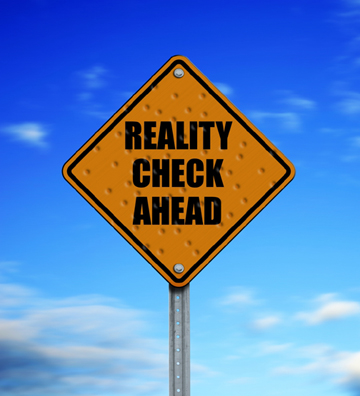 I have been awaiting this blog entry ever since last week when it was announced that the daughter of Laurence Fishburne, Montana Fishburne,  wanted to release a sex tape and enter into the world of porn after seeing what a sex tape did for Kim Kardashian’s career!! I was so disgusted by the reality of the situation. It didn’t matter to me that she had a famous last name or that her father is a well known actor. The media puts way too much emphasis on those aspects which mean absolutely nothing. She’s human. Her dad is human… and if pop culture teaches us anything, it’s not to hold stars on pedestals and think that because they live luxurious lifestyles that they aren’t subjected to the same temptations as the normal 18 year old girl looking for acceptance in all the wrong places.

I’m called to shed light on the stars that don’t make the headlines. The stars that are our next door neighbors … the ordinary people that do extraordinary things. I’m a producer, a storyteller, and an advocate for the everyday overcomers. I’m the creative voice that’s motivated by purpose and not perception. I’ve been perceived to be a lot of things and not all the time were they positive. So why would I waste my time trying to appease people? No matter what you do or how you do it, people will find something to not like about you. My goal is to please God. So no, my projects will not consist of big time names without any substance. I’m not concerned about what “people” want to see. Who determines what “people” we’re talking about? How do you really know what “people” want to see when all they EVER see is the same storyline told with slightly different twists on every network?

It’s because of the notion of “giving the people what they want” that our standards have been lowered and we tolerate the media feeding us a bunch of mindless images that have us feeling better about ourselves when we think, “at least I’m not as bad as them!” Well how about changing the scope to “how can I be as great as them!”

I know that this is not the status quo. All of my industry people will laugh and say, “yeah in a perfect world.” Well, I don’t believe this is a perfect world by far, but we serve a perfect God. If there were more people who had the revelation of the power of one, there would be a whole lot of “ones” out there making an impact instead of sitting idly by and taking what we are given. Fewer women will look to the Kardashian’s, the Superheads, and the Nicki Minaj’s of the world as symbols of beauty and success! Yes, in some cases, it’s the parents’ lack of parenting that lead children to the fast life. But last I checked there weren’t any parenting tests you had to pass in order to have children. Lord knows I wish there was!! Since we don’t have any control over that area, let’s maximize the areas we can control… one of them being the media.

My ultimate desire is to link up with like-minded people who have a vision that goes beyond the limits that the media plants in our minds. There’s a market for junk TV and films, we can’t deny that… but let’s recognize that there’s also a growing market of people who yearn to see inspiring films and true “reality” TV, real stories, real people, real situations, and real triumphs. It’s my desire to bring this vision to life so that we lessen the frequency of young 18 year old girls idolizing women who’ve “made it” having sold their bodies, their souls, and their purpose to an industry that often destroys them. I’ve chosen to use my creative talents to impact the world in a positive way and if I save one “Montana” I’ve done my job. Now, I’m in the media industry so naturally this would be my distribution channel to the world. So what’s yours?

John 8:12 “When Jesus spoke again to the people, he said, “I am the light of the world. Whoever follows me will never walk in darkness, but will have the light of life.”

Every Christian is made in the image of God. We represent Christ in the earth so we should speak as Christ does.  He’s called us to be lights unto the world and light is only relevant where darkness exist. We live in a world consumed with darkness, so be relevant today.

13 thoughts on “My Distribution Channel….”