You know why it’s so difficult for some people to believe in God? It’s because it’s human nature to make sense out the unknown by comparing it to something that they’ve experienced. We’ve all been told by someone that we trusted that they would come through on something and have been let down. We’ve all been made promises and had them broken. We’ve all had our heart broken and had to recover from major upsets and disappointments at the hands of one’s that we loved. So it’s natural for people to read the promises of God and be skeptical. It’s common for people to hear all of what God can and will do for them and still wonder if it will actually happen. Our minds have been trained to think “realistically.” We’ve been conditioned to prepare ourselves for things not to go our way more than we’re trained to believe that they will because we never want to be let down or disappointed.

Here’s the hard part… re-training our minds to think the way God intended us to think. Many of us have had years and years of operating by the world’s way of doing things. We’ve been conditioned to cope instead of confess. Gone are the days that we make do. Gone are the days that we second guess our creator. This walk is a choice. It’s a decision that we must make everyday to believe when we are surrounded by a world that is so filled with unbelief. It’s hard to imagine a God in a world that is filled with such hate but as believers we choose to do so despite it all.

In this week alone, I’ve learned about three untimely deaths… all of them under the age of 25. I didn’t know any of them personally but it didn’t matter. My faith was still tested. I don’t care how saved you are, when you hear of a young pregnant girl being murdered at the hands of her baby’s father… or of a girl being killed on her way to a prom after party… or of a young college student being awarded one day and dead the next… it gets to you. It makes you angry, it makes you sad, but most importantly it should make you want to make impact. We have to take every negative thing that we encounter and figure out what our roles are to make it better. We have to stop pointing fingers and looking to the politicians and the police forces to make change. We have to be the change.

So to all my believers, non-believers, and believers in training… remember that God is not like man. There’s no comparison (A SHOUT GOES RIGHT HERE!). What He says is truth.  He can’t lie. If He said it, He WILL do it. Stay strong my loves and believe despite it ALL!!

“Balaam returned and found him stationed beside his Whole-Burnt-Offering and the nobles of Moab with him. Balak said to him, “What did God say?” Then Balaam spoke his message-oracle:

On your feet, Balak. Listen,
listen carefully son of Zippor:
God is not man, one given to lies,
and not a son of man changing his mind.
Does he speak and not do what he says?
Does he promise and not come through?
I was brought here to bless;
and now he’s blessed—how can I change that?
He has no bone to pick with Jacob,
he sees nothing wrong with Israel.
God is with them,
and they’re with him, shouting praises to their King.
God brought them out of Egypt,
rampaging like a wild ox.
No magic spells can bind Jacob,
no incantations can hold back Israel.
People will look at Jacob and Israel and say,
“What a great thing has God done!”
Look, a people rising to its feet, stretching like a lion,
a king-of-the-beasts, aroused,
Unsleeping, unresting until its hunt is over
and it’s eaten and drunk its fill.”

Confession: “EVERYTHING WORKS FOR MY GOOD IN THE END!” 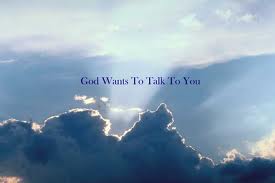 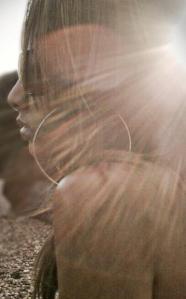