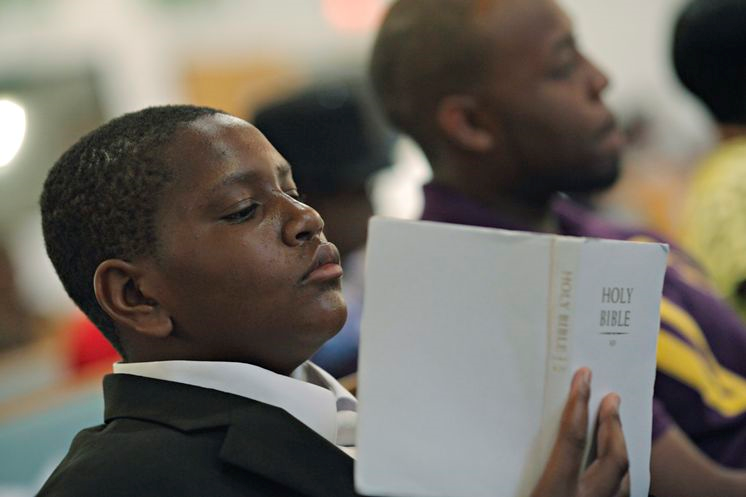 “I know God hasn’t given up on me so I’m not giving up either.” – Davion Navar Henry Only

There’s just something about the innocence of a child that can make us see God clearer than ever. A friend of mine posted an article about a 15 year old boy, Davion, born to a woman incarcerated his entire life until she passed in June 2013. He can’t count the number of homes he’s stayed in over the years. In the past he’s had behavior issues as a result of his anger towards being abandoned and feeling unwanted. It wasn’t until he learned of his mother’s death that he decided to make a change. In 3 years he will legally be an adult and no longer a ward of the state. Recently Davion decided that he would attend church and share his story in hopes that someone would adopt him into their family. I can’t imagine what that feels like and my heart ached when I read his story but then I listened for God’s voice. Whenever I get that feeling of hopelessness, I listen for Him. Help this make sense just a little, please!

Then I heard, “Don’t you see Me? I’m at the forefront of this article.” I realized then that I had missed it. I was so focused on sympathizing with the pain of never knowning your mom and then losing her without ever having developed a bond with her. I was imagining moving from home to home and never having a family to call your own. How does he learn how to love? How does he learn how to trust? How does he just be kid?! No matter what he’s gone through there was a seed planted in him along the way which led Him to believe that when all else failed, He could lean on God. Many of us, no matter how disfunctional we may feel our family to be, we had family. We had some place to call home. We had someone to love us and yet we still find it hard to depend of Christ. We still don’t understand the importance of having a relationship with Him. But here is this young boy who had a period where anger consumed him and rightfully so, yet he made a decision to let go and let God.

Parents hold your children a little tighter this evening. Help them to understand how blessed they are to have family and a stable home. We all can learn a lesson from this young man. No matter how you came into this world and what you have to endure God is always in your corner. Listen for Him. Seek out His voice in good times and in bad. He is there to guide you and give you hope when all hope seems to be gone. Don’t let Him be the last resort, make Him first but know that no matter when you reach out for Him, He’s there to receive you. So this message is not meant to bring sadness, it’s meant to offer hope and a glimpse of how awesome God is in spite of how bad things appear. Sometimes we can overlook Him, as I did, but remember that He’s never out of the picture.

At this time, the adoption agency has received over 10,000 people interested in Davion. They are working to narrow it down to at least 100 and then present the top 10 to Davion! God is awesome but let’s not overlook the fact that it took work. No matter how small a step, he had to build the courage to tell his story to a congregation of strangers and believe God that it would not be in vain. I guess we can say that God did His part by the looks of the responses! Faith without works is vompletely useless and Davion is proof that there is great reward when we do the work!

One thought on “Davion Navar Henry Only”

Join 425 other subscribers
Follow Tuesdays with Bianca on WordPress.com