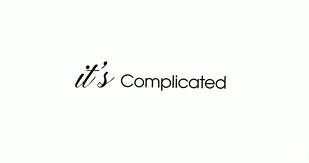 Well, I asked for feedback and you all did not disappoint! I loved reading each and every one of them whether I agreed with all of it or not. Let me just say that I find this to be a very complicated subject and it may have everything to do with the fact that I haven’t done my due diligence to really seek out the Word in its entirety to understand the idea of an “ordained marriage.” After this, I vow to do so that, right or wrong, I can have a clear stance on the topic and back it with scripture which I believe is very important. It’s not a matter of opinion. It’s all about truth and “The Truth” comes from the Bible. So I’m going to highlight a few comments and share a little of what I think as it relates to them. So let’s go!

“I mean, how do you EVER truly know it’s God-ordained/soul mates (& when you do, what if your spouse grows to feel differently?)? When you get married UNDER GOD in front of witnesses, that isn’t enough??”

Here’s the thing with this, people get married “under God” even when they have no relationship with Him. Unsaved people get married in church all the time. Those who are merely religious by knowledge of the doctrine but whose lives don’t reflect that same doctrine will say they are married “under God.” I think we must differentiate what is meant by “under God.” If you are marrying for money is God a part of that union? If you’re marrying for citizenship does that qualify? If you’re simply marrying under pressure does God recognize it or is it just a legal union? I’m not sure I believe that just because two decide to marry one another in a church with witnesses that their marriage is recognized by God. It’s recognized by legal standards but spiritually two could be very divided especially when God is not at the center. It’s a slippery slope for me.

“In a lot of instances, its as if people pull this ‘card’ to get out of their union & feel justified…just like the world does. “I acted outside of God’s will when I married him/her & now I gotta fix this mistake.” FAIL!! What makes us any different if we are going to cave & crumble & throw it away.”

Agreed! The truth is no one outside of the union will ever truly know if they acted in God’s will or not. Marriages are sacred when God is in the mix, which is why it’s a bad idea to look outside your marriage to friends and family for advice on a union that is unique to the two people involved. Godly counsel is one thing but anything outside of that is a recipe for disaster. It’s so important for Christian marriages to be rooted in Christ and nothing else. When He is the most important factor, the option to throw it away should be nonexistent.

“I agree on all the points in the video. However, I’m not sure if the assumption is there is only one right person for you. I’ve heard the teaching that God presents options, but the choice is yours, obviously the one who is equally yoked etc. They said that if there was only one person for you then one person could mess up the whole equation for everyone because they marry the wrong person.”

I believe that God aligns you with right person at the right time. You can come across a bunch of “right” persons in your life time but until you become the person God has called you to be you won’t recognize them. So it’s my belief that yes, there is more than one right person for you BUT the person you choose will be the person that crosses your path when you are in position to be the right person for them as well. 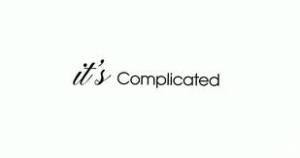 “I understand divorce can happen and I don’t completely disagree with divorce. I disagree with the average reasoning that you hear like, “irreconcilable differences” and “we grew apart.” As far as, in a two saved people marriage, oops we married the wrong one, our purposes don’t align lets get a divorce. I’m not sure about that, God has a judgement either way and can keep you either way, if you want to be kept.”

I think that in most cases “irreconcilable differences” means someone cheated and it’s my understanding that in that case divorce is acceptable. I can only speak for myself but cheating is a non-negotiable for me. Cheating violates trust and without trust I can’t live out life with you. Mistakes happen, yes. But some mistakes weigh heavier in my book and sleeping with someone outside of marriage is not something I could bounce back from. Again, this is my personal take and understanding that others may absolutely disagree and that’s totally fine.

“I think you can still pursue your purpose and obtain it. Although that pursuit may be longer and/or harder than it needed to be because of who you married which is just a consequence to the choice you made not a grounds for divorce.”

I agree that marrying the wrong person comes with consequences. I don’t believe that the consequence should come at the expense of you not fulfilling your purpose because lives are attached to that purpose. I believe that God can only change willing hearts so although you can get to purpose with the “wrong” spouse, it can never reach the full potential unless that spouse allows themselves to be molded to fit within that purpose. That could also mean not fulfilling their own purpose. Sticky situation. However, marriage is a union. The two become one. The wife is the helpmeet. How can you be a helpmeet to someone you are unequally yoked to? How can two become one unless they agree? I have a lot to read up on!

“I think the biggest take away for me was the idea that your spiritual life should not be separate from your love life. If God is in every other aspect of your life, why would He not be front and center in your love life? I had to reflect back on some “situations” in my past and realize that while it may have been love, it was not Godly love and that’s why it didn’t work.”

Such an important take away. When you realize that God IS love you can’t possibly separate Him from your love life. It just doesn’t make sense but our eyes must be awakened to that simple fact that so many of us overlook. I can do the same on a past “situation” of mine and although it hurt like hell, there was no way it could have ever worked. I’m at peace with that.

“God ordains marriage and gives reasons for getting out of marriage, still hates the reasons for divorce. Biblically, “not being aligned with purpose” is not one of them. Things get real shaky if we can’t find it in scripture.”

Confirmation in scripture is so important. Anything outside of that is simply opinion and there’s too many of them to take as gospel so I completely agree with this statement. It’s because of this that I realize I need to study up on the topic more. Although “aligning with purpose” may not be spelled out verbatim in the Bible as it relates to divorce, I think it may be suggested based off of the successful marriages represented in the Bible. I can’t say for certain because I haven’t studied up on it but it may be presented indirectly when comparing relationships that were fruitful to those that weren’t. Again, not well versed on the subject but this is just my assumption.

Well, that’s all from me! Thanks to all who contributed their feedback to this very complicated topic. It’s not too late to jump in on the discussion! Simply click the (+) below to add your comment and type away!

2 thoughts on “Divorced AND Christian… The Response.”