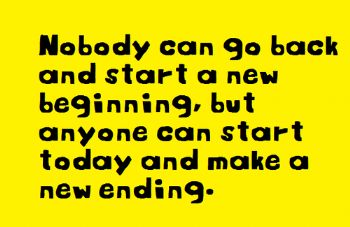 I love how God uses everyday, nominal occurrences to grab my attention. Let me paint the picture for you. I’m sitting at my writing desk wrapping up Sunday online service when that annoying pop up banner appears with the same pesky alert that reads something like “Update available. Do you want to restart your computer?” The options read: RESTART or LATER. For months, I’ve hit the LATER button continuously irritated that it just won’t go away!  It’s not that I don’t think the updates are necessary. I don’t have a particular issue with updating my computer; however, what I do have an issue with is how long it usually takes to complete. When I take time out to sit at my computer to do anything I want to do it now. I don’t think about completing the updates any other time. It’s only when I get that pesky pop up that I think, “I should really do that but I don’t have time.”

I literally had the cursor hovering above the LATER button when I stopped dead in my tracks. Images flooded my mind of my computer taking forever to load, or the video buffering while I’m trying to watch them, or site freezing in the midst of me scrolling. Then the question arises, “Why do you think you have so many challenges when you’re trying to complete a task on your computer? Should you just replace the entire computer? Is it trash or could it have anything to do with those pesky little updates that you’ve continued to ignore over the past few months?”……This is where the moment of sheer stupidity and revelation mix. END_OF_DOCUMENT_TOKEN_TO_BE_REPLACED