So I got mad the other day. The kind of mad that makes your knee bounce up and down because for some reason that seems to help you control your tongue… or is that just me? Regardless, just know that I was ready to pounce. If there’s one thing that can get me going is to see any one of my friends hurt. Well this particular night, I was hearing a dear friend of mine recant the day her heart was broken. No this wasn’t years ago, it was just a few days past. So because I have been on the recipient end of heartbreak a few times myself, I knew all too well what kind of pain she was in.  This kind of pain doesn’t subside with a bottle of Advil. You can’t just say, “Take two and call me in the morning.”

Instead, I encouraged her to not blame herself… to see the guy for who he really is and not who she wants him to be. I encouraged her to be true to her feelings and not to feel guilty about being angry and expressing that anger responsibly. I told her she was worth more than what she was given and that a guy that truly cared about her as a friend would have never treated her that way. All of those things were true to my heart but it wasn’t until I was driving home that God gave me the true revelation of what many women have failed to grasp. I heard, “Don’t treat yourself like a prize when you are a gift.”

I’m going to take my time to break this down a bit. Imagine this, when you’re at a fair or a carnival and you want a stuff animal, do you just walk up to the vendor and ask them to give you the largest bear they have? You can try it but I’m pretty sure they’re going to tell you that first you must pay them before you’re even in the running. Then you must participate in some kind of game or activity, be skilled and/or lucky enough to reach a certain score or beat out a competitor; and if by chance you do win, you just may have to win more than a few times to get the grand prize which of course means giving more money!!! 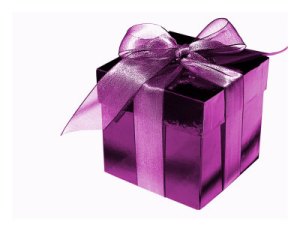 Now imagine a gift. Yes, gifts are often given on special occasions; such as birthdays, graduations, and anniversaries. These kinds of gifts are in celebration of a personal milestone. Some gifts are even tokens of appreciation for things that you may have done for someone else out of the kindness of you heart without requirement. However, there are some gifts that I like to call “Just because” gifts which are my favorite. Those gifts are tokens of adoration just for being who you are in someone’s life and are used as outward displays of affection for what’s in their heart towards you.  In essence, gifts are intentional, valued, and heart driven. So let me ask, which one are you… a prize or a gift?

Matt 6:21 “For where your treasure is, there will your heart be also.”

Ladies, if you feel like you have to say all the right things, like what he likes, or fit inside this perfect mold that he’s laid out for you to fill… RUN! If you feel like you have to chase him down and be at his beck and call in order to spend time with him… RUN! If you get the sense that he’s used to being pursued by women and makes no effort to engage you… RUN!! For wherever a man’s heart lies there also lies his treasures. If a guy thinks of himself as prize to be won, you will forever be competing against his ego not to mention other women.

Now, this may sound like a message strictly for the ladies but rest assured that this is just as much relevant for the men. Guys, the same goes for you. If you feel like you have to buy her material things to keep her around… RUN! If she’s constantly comparing you to other guys or guys from her past and what they are/were willing to do for her… RUN!  If you feel like you have to say and do all the right things and agree with everything she says… RUN!! If a woman thinks she’s a prize to be won, you will forever be competing against her ego and of course other men. Prizes come with rules, stipulations, and often cost. That’s all good for the state fair but not in relationships.

As men and women of God, we should want to be gifts. You want someone who takes a genuine interest in you because they want to get to know you for who YOU are and not who they want you to be. When it gets serious, you want to know that they will protect your heart as if it was their own; that they value your opinion, not because they will agree with it but because you add value to their lives. You want to know that on your best day and your worst, they will still think of you the same. Now that’s a gift!! Just know that if you desire a gift, you should also know what it means to be one.

Now I’m going to close it out with my ladies because that’s who I believe I need to drill in on. It’s starts with you. How you see yourself is how others will begin to see you. You do not have to chase a man to get his attention. If a man is really interested in you he will pursue you!! Your worth is far above rubies. You have a purpose and a plan that is predestined and the one God has for you will fit right into that purpose. You won’t have to choose and you won’t have to do anything to win his heart. Just be a woman with standards, know who you are, what you believe and stay true to it! He’ll find you and when he does, your relationship will be a gift from God… and He gives the BEST gifts ever!!

Gal 5:22-23 “But what happens when we live God’s way? He brings gifts into our lives, much the same way that fruit appears in an orchard—things like affection for others, exuberance about life, serenity. We develop a willingness to stick with things, a sense of compassion in the heart, and a conviction that a basic holiness permeates things and people. We find ourselves involved in loyal commitments, not needing to force our way in life, able to marshal and direct our energies wisely.”

This just might be the top pick for my summer reading list!! ——————— Follow people that have more than something to say but are bearing fruit that impacts more than themselves. Looking forward to this one!! Feeling like this read will be blog post worthy so stay tuned! ——————— #blogger #morethanenough #quotes #tuesdayswithbianca #lifestyle #reading #inspiration
Shout out to all my creators out there! Creators of life, technology, art, science, music... we are all designed to create! #creators #quotes #bloggers #inspiration
Dwell in his favor and not the past. You and Him make the majority. Keep going!
✨When the focus is right, you are your only competition. Check out my latest blog “Scratch the Heat.” Link below. #worthy #vulnerability #brenebrown #toureroberts #courage #blogger #vision #tuesdayswithbianca http://ow.ly/sQl930oQpAs
✨This isn’t your average swim lesson. Check out my latest blog “Scratch the Heat” inspired by @brenebrown’s #netflix special. Hope it blesses and bashes you as much as it did me 😜 Link in bio. #brenebrowninspired #brenebrown #vulnerability #courage #faith #blogger #tuesdayswithbianca #tedxtalks #lifestyle #motivation
What about your friends? Is everyone you call friend truly qualified to be YOUR friend? What do you look for in friendships? #besties #friendships #relationships #innercircles #QOTD